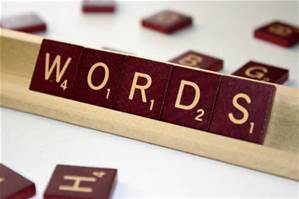 Over the last 10 years or so, I have seen thousands of resumes and have conducted nearly as many interviews of transitioning junior military officers.  In that span, I have come across many positive forms of expression as well as those that weren’t so effective.  I prefer not to focus on the so-called “magic words” that you should include in a resume or an interview.  If they were so magical, then I suppose everyone would use them and what good would that be?  Instead, I will devote this post to words or phrases that I would avoid.  After much consideration, here is a list of the worst 8 words and phrases you can use when looking for a job:

1.  Subordinates –  This word is often used when describing those that were placed in somebody’s charge.  Example:  “When I was a department head, I was in charge of 25 subordinates.”  The reason I don’t like that term is because it can instill a sense of superiority that you have over those that you lead.  As a transitioning JMO, you are likely to be joining a collaborative team environment, so you have to use language that exhibits an ability to work with less well-defined senior-subordinate roles.  Alternative words to use:  soldiers, sailors, airmen, marines, people, personnel, teammates, employees, etc.

2.  Man or Men –  These words are most often used when describing the number of direct reports you supervised.  Example:  “I led a 120 man infantry company.”  Although this may be a precise and factual statement, the problem here is that when consistently using the words “man or men” in your resume, it could make a future employer wonder if you’ve ever been put in charge of women.  Of course, you wouldn’t think that would be such a big deal, because people are people right?  Well my view is that gender issues within the military have been such hot topics recently, there is no sense in reinforcing potential negative stereotypes.  Recommendation: use gender neutral terms.

3. Responsible for –  One of the amazing things about serving in the military is that young officers are often responsible for many people and large amounts of expensive equipment.  While that responsibility is important to emphasize, I often see military leaders focusing on WHAT they were responsible for while failing to adequately describe the RESULTS that they produced.  So our recommendation is to emphasize ACTION and RESULTS.  On a resume achievement bullet, be sure to start out with an action verb. For example, instead of saying “Responsible for planning and coordinating a hazardous material training program for the organization. ” change it to “Planned and coordinated a training program that certified 25 people in hazardous material handling.”  You’ll notice the second statement is succinct and powerful because it starts with an action verb and shows a clear result.

4. I was able to –  I put this phrase in a similar category as “Responsible for.”  It breathes an air of passivity rather than exuding a state of action.  I have found that people use this expression mostly out of fear of sounding overly boastful.  Recommendation: Again, use action verbs early in each sentence. For example, instead of saying “I was able to lead my division through…”, assert your strengths by saying “I led my division through a very challenging work-up period in preparation for a 6 month deployment.”  The second version definitely packs more punch.

5.  Kinda –  This form of slang often creeps into the English language as a shortened version of the phrase “Kind of” (which has never made sense to me, even though I am guilty of using it myself).  Example: “I kinda took charge in the absence of guidance from my commander.”  This statement leaves some uncertainty as to whether the person really did take charge.  Recommendation: There should be no “kinda” about it.  You either did it or you didn’t.

6. Flawlessly –  I have seen various forms of this adverb used in resume bullets.  Here is an actual example from a resume I found on the internet:  “Assumed various positions and completed all duties flawlessly.”  Flawlessly?  Impressive, right? Wrong. It is highly unlikely that any one of us will go through our entire career without making a single mistake. I would be happy if I could make it 24 hours! Yes, I am well aware that the word “flawless” often appears in military efficiency reports, but we all know how inflated those reports can be.  Recommendation: I suggest that you never give a hiring manager a reason to doubt your accomplishments because of flowery language.  If you did something flawlessly, make sure you can back it up. Otherwise, it won’t be taken seriously.  Let your results speak for themselves.

7.  To be honest with you –  I have heard this expression used in different ways, some good, but others not so good.  I don’t like it when used as a point of emphasis.  Example:  “Now, to be honest with you, I really believe that I excel under pressure.”  There are some people that will argue that this phrase implies that everything else said by the speaker must NOT have been honest.  While I don’t agree with that extreme interpretation, unfortunately I have come across people that use the expression so much that it does make you wonder. With this said, I do believe there is a time when this phrasing might be appropriate. Recommendation: If you are going to use this term, aim to use it only in a self-deprecating way.  For example, I would be perfectly okay if in an interview a candidate said:  “To be honest with you, I wasn’t exactly sure of what my next course of action should be, so I relied on the advice of my platoon sergeant.” I like this usage because the speaker shows humility and is open to ideas from others.

8. We –  I save this one for last because my point could be misinterpreted.  There are absolutely times when using the word “we” is appropriate.  After all, the military is a very team-oriented organization.  However, when overused, it leaves doubt as to the speaker’s actual role.  Example:  “We didn’t have a lot of time so we got to work right away.  The first thing we did was develop a tentative plan.  We realized that we didn’t have all the resources we needed, so we put in a request for supplies.”  You’ll notice, that the speaker isn’t very clear on what he/she did since it is disguised by the word “we.”  Of course, you also have to be careful about the other extreme:  using the word “I” too much.  However, due to the natural modesty of most officers, I haven’t come across that situation very often.  Recommendation: Simply call it the way you see it.  If it’s something that you personally did, use the word “I”.  If it’s something your group did collectively, use the word “we.”

The good news is that you don’t have to worry that interviewers are going to pick apart the nuance of every word and expression that you use. Nonetheless, paying a little attention to the subtleties described above can separate the top candidate for the job from the runner-up.  At Alliance Careers, we look forward to an opportunity to help present yourself in the best way possible.