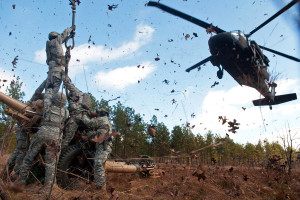 As Alliance Careers moves into a new iteration of interview training for military officers attending our June 2016 hiring conference, I am preparing myself for one of the the most common questions I ask those candidates: So What? This question can be put in the context of humble warriors learning the essentials of effectively bragging about themselves. I approach learning to brag as a two-fold problem:

What is my response when role-playing as the interviewer and hearing stories like this? “Wow, you’re a great Army officer. I’m just not sure what I could do with you in my organization … but you seem to have a bright future in Army!”

That’s not to say that these aren’t good stories to use in an interview. In fact, they could be incredibly useful! In order to make a military story beneficial, you have to look at it from the interviewer’s perspective and how the story relates to the position for which you are interviewing. Or in other words – the So What. For example, why should they care that you led an air assault mission? Why should they care that you captured a bad guy? If you think about it, each of those events likely required you to:

I could list many more, but each of these represents very transferable skills that a civilian employer is bound to understand and appreciate. It’s a matter of speaking the same language which is more than just getting rid of military jargon. It’s looking at each success from the perspective of the essential skills needed for the position in which you are interviewing. And if you think hard enough, each military story you develop can probably be looked at from multiple perspectives. Each of those perspectives is additional ammunition in your interviewing arsenal.