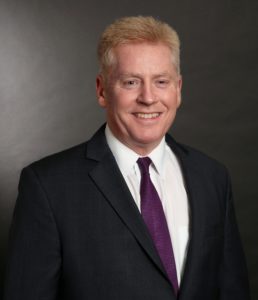 John Todd, CEO, 1985 West Point Grad, Army Aviator, Paratrooper, Commander and Aide-de-Camp. John achieved incredible success during his decorated Army career. He carries the same passion and drive from his military service to the Alliance organization. Military service runs deep in the Todd family. He is married to Virginia (Condit) Todd, a 1985 West Point graduate, and they have been blessed with six daughters (Theresa, Patricia, Catherine, Stephanie, Maggie and Caroline) and three grandchildren (Paul, Nellie and Elizabeth). Theresa (USMA 2009) is married to Greg Lambert (USMA 2008), Patricia (USMA 2010) is married to Jonathan Smith (USMA 2008), and Caroline is attending West Point as a member of the class of 2023. His daughters and sons-in-law completed a combined nine combat tours. 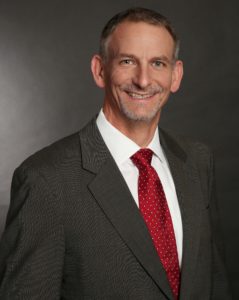 John Zornick, President. A native of Buffalo, New York who claims Ohio as his other home state, John graduated from the United States Military Academy where he was a distinguished cadet majoring in Engineering Management. He served as an infantry officer in airborne, light, and mechanized units throughout a 20-year career. He graduated from the Army Command and General Staff College and earned his master’s degree in Operations Research from the Air Force Institute of Technology. John began with Alliance as a candidate recruiter and developed the Alliance Training Program. “Z,” as we call him around the office, is the candidate guru and leads each selected JMO from their on-boarding process through the conference.  He lives in the Chapel Hill area with Pam, his wife of 35+ years. They have two children, John Jr. (USMA 2010) and Joseph. 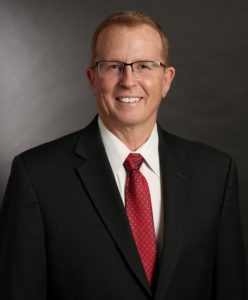 Roger Lush, Senior Vice President. NC State Wolfpack graduate and die-hard fan, Roger retired from the Army after service as a senior non-commissioned officer and Sergeants Major Academy select. His military duties were highlighted by participating in Operations Desert Shield and Desert Storm, deploying as a First Sergeant in support of Operation Iraqi Freedom, and lest we forget, struck fear in the eyes of new recruits as a drill sergeant. Upon retiring from the military, Roger joined Alliance and became the “Go-To” for candidate and client relationships. Roger lives in Raleigh, North Carolina with his wife Denise, an OR Nurse, and is the proud father of three children: Elizabeth, Rachel, and Travis. 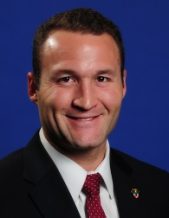 Derek Johnson, Director of Recruiting. Derek knew from an early age he wanted to be in the Army and that desire was nurtured and cultivated by his father, who encouraged him to apply to The United States Military Academy. After graduating in 2009, Derek went on to a decorated career as an Armor Officer, including a tour in Iraq, prior to transitioning to the Military Intelligence Branch in the Army Reserve. Upon completion of his active-duty obligation, Derek sought out the services of Alliance Careers as a springboard to a successful new career. He found it in pharmaceutical sales and delivered strong performance across multiple roles including promotions to Sales Training Manager and Regional Sales Manager. He is passionate about helping JMOs make an impact as they transition to civilian life and fully believes Alliance is the best way to achieve this goal. Derek resides in Fredericksburg, VA with his wife Morgan and 3 children. They are active members of their church and serve in Christian discipleship in their local community. 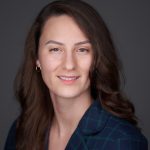 Shelbi Opirhory (Doehling), Junior Military Officer Recruiter. Kansas native and United States Military Academy class of 2015 graduate, Shelbi competed in Track and Field at West Point and went on to commission as a Field Artillery Officer. Her first duty station was at beautiful Fort Polk Louisiana with the 1-509th ABN IN. She later served as an XO and Company Commander at the Solider Recovery Unit at Fort Sam Houston. Shelbi first started with Alliance as a candidate and had the opportunity to work for us as a Junior Military Officer (JMO) recruiter. She lives in the Southern Pines area with her husband Daniel (Active duty Army) and dog Finn. 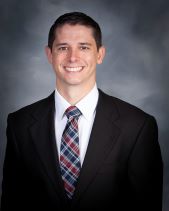 Matthew Chevalier, Junior Military Officer Recruiter. Texas native and United States Coast Guard class of 2014 graduate, Matthew is the youngest of seven with two older brothers currently serving in the Coast Guard. His first assignment was on board the Coast Guard Cutter MOHAWK in sunny Key West, FL. He later served as an OIC of Law Enforcement Detachment 101 stationed at MCRD conducting counter-narcotic operations. Matthew first started with Alliance as a candidate and had the opportunity to work for us as a Junior Military Officer (JMO) recruiter. He lives in the Austin area with his wife Kimber (retired Army Major) and their dogs Charlie and Fred. 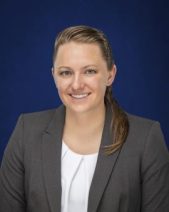 Claire Paterson, Junior Military Officer Recruiter. Claire received her commission in 2014 from the University of Idaho and began her military career in Germany as a logistics officer. She had the opportunity to lead and train throughout Europe and spent the majority of her career in Forward Support Companies. She returned stateside to take command of an FSC in America’s 1st Infantry Division in 2019 and conducted a South Korea Rotation during the height of the pandemic. A previous Alliance candidate, Claire now connects junior military officers with leadership roles in the civilian sector. She returned to the Pacific Northwest and lives in Oregon with her fiancé, Dean